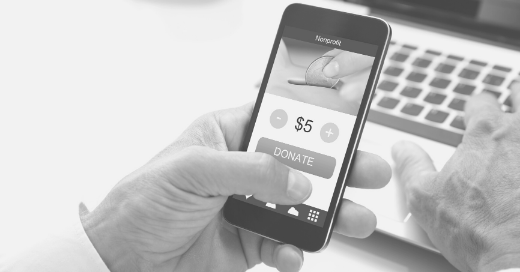 Within the most relevant modifications in the tax reform for entities authorized to receive donations, are the following:

1.- In order for civil associations and societies dedicated to scientific and technological investigation; to the grant of scholarships; to activities of investigation and preservation of wild flora and fauna; to promoting among the population the prevention and control of water, air and ground pollution; to the protection of the environment and the preservation and restoration of the ecological equilibrium; and, to the reproduction of species that are protected and at risk of extinction and the protection of their habitat, to be able to continue being considered as non-taxpayers of income tax (“IT”) and forming part of Title III of the IT Law called Regime for Not-For-Profit Entities, they will have to organize themselves as non-for-profit and have an authorization to receive donations that are deductible in terms of the same law.

Civil associations and societies that do not have an authorization to receive deductible donations when this reform enters into force, will have to pay IT in terms of Title II of the IT Law.

2.- Entities and trusts authorized to receive donations deductible from IT will lose such authorization in case they obtain income from activities that are different to the ones that were authorized for the receipt of donations in a percentage that is over 50% of the totally of their income in the respective tax year.

This determination will be made through a resolution issued and notified by the tax authority.

a) They will obtain from the entities authorized to receive donations deductible from IT to which they destined their patrimony, the respective tax receipt for the donation, which will not be deductible for IT purposes.

b) They will become taxpayers in the terms and conditions established in Title II of the IT Law, entitled Entities.

c) When as a consequence of exercising audit powers or from the files, documents or data bases of the Tax Administration Service (“TAS”) or those to which said administrative body has access to or in its power, it discovers any fact that constitutes a non-compliance with the obligations or requirements applicable to entities authorized to receive donations in terms of tax provisions.

d) Being included in the list referenced in the fourth paragraph of Article 69-B of the Federal Tax Code.

e) If the legal representative(s), partner(s) or associate(s) or any person that is part of the Board of Directors or Administration of a civil organization or trust that had its authorization revoked because it fell within the case described in the previous point, within the last five years, form(s) part of the civil organizations or trusts with authorization to receive deductible donations while it is in force.

f) Fall within the case established in the last paragraph of Article 80 of the IT Law (mentioned in point 2 of this document).

The revocation procedure is:

a) The TAS will issue an official notice through which it will reveal the reason for revocation to the entity authorized to receive donations, granting it a ten business day period following the notification of the notice for it to express before the tax authority what is in its best interest, exhibiting the documentation and information that it considers pertinent to disprove the reason for revocation.

b) Once the aforementioned term has expired, the tax authority will issue the corresponding resolution within a period that will not exceed three months, which will be notified in terms of applicable tax provisions.

Entities that have their authorization revoked for one of the first five reasons stated above, will not be able to obtain a new authorization to receive deductible donations until they correct the reason for which it was revoked, or in its case, pay the respective IT.

In the case of the last reason for revocation stated above, they will not be able to obtain a new authorization and they will have to destine their entire patrimony to entities that are authorized to receive donations deductible from IT.

Should you have any questions related to the foregoing, please do not hesitate to reach out to your usual contact at the Firm