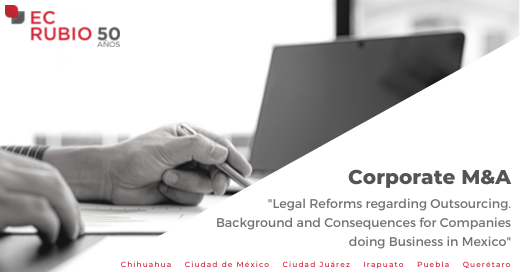 Background and Consequences for Companies doing Business in Mexico.

Under Mexican Law, companies doing business in Mexico are bound to distribute 10% of their annual profit among their employees in Mexico. This obligation is commonly referred to as “Profit Sharing” or as “PTU”, which is the acronym for participación de los trabajadores en las utilidades de la empresa (participation for the employees over the profits of the company).

This Profit Sharing has been endlessly debated since its creation in 1962; the arguments against and in favor of it are easily predictable but, to mention one of the main concerns we hear commonly from foreign investors doing business in Mexico, this Profit Sharing can create a huge disruption within an international corporate group just because anyone of the employees of this group’s Mexican subsidiary may end up earning a much higher overall yearly compensation that such groups’ international CEO, president, etc. This happens in real life every year.

Hence, this Profit Sharing immediately resulted in that many domestic and foreign investors doing business in Mexico chose to outsource their employees (personnel outsourcing companies like Manpower are a huge industry in Mexico) or to set their own outsourcing mechanism (in these cases, this outsourcing or personnel subcontracting would be commonly referred to as “insourcing”) by incorporating or using two separate entities: a first entity (for purposes of this document, the “Operating Company”) that would not have employees and which would be used for purposes of formally carrying out all the intended business transactions (and which, in consequence, would collect the proceeds thereof), and a second company (the “Service Company”) which would hire all the appropriate personnel and which would provide personnel, administrative, etc. services to the Operating Company for a fee or consideration usually determined upon such Service Company’s total costs and expenses (including those incurred in connection with the hiring of the employees) plus an appropriate mark-up. The yearly profits of the Service Company would be kept under control and Profit Sharing would be limited to such Service Company’s yearly profits.

Although, on the abysmal majority of cases, this mechanism was held as legal and valid when questioned within a jurisdictional proceeding, the ultimate legality and morality of the outsourcing mechanism were also the object of an unfinished debate. Additionally, in many cases and maybe more frequently in recent years, the outsourcing was overly abused and used as mechanism to defraud employees and the tax and social security authorities. Because of these reasons (and also because of political reasons) the debate over the outsourcing mechanism increased and became a major discussion point under the current administration that resulted in proposals for legislation amendments by congress members and by the President. The President’s proposal became the subject of huge discussion, opposition from the “employer” chambers and fora (mainly because of the Profit Sharing concerns) and, in the end, of some level of negotiation. Finally, after completion of the legislative process, the decree for amendments to several labor, tax and social security laws was enacted and published last April 23.

This “Labor Reform” prohibits the personnel subcontracting or outsourcing, defined as any transaction where a company (or individual) would make its own workers available to and for the benefit of another company (or individual). Subcontracting or outsourcing for specialized works or services will still be permitted provided such works or services are not comprised within the contracting entity’s corporate purpose or main (preponderant) economic activity and provided that several other requirements are met (including register/license requirements for the contractor). The Labor Reform also restricts the rendering or services and work between companies that form part of the same corporate group.

The Labor Reform is essentially intended to finish the personnel subcontracting or outsourcing mechanism that we have described and for such purposes, in addition to the aforementioned prohibitions and restrictions, the Labor Reform provides for certain mechanisms and guidelines for the termination of existing outsourcing and “insourcing” operations that are now not legal, provides for several social security related adjustments, and provides for fines, sanctions and adverse tax and social security consequences (that could reach criminal prosecution measures) in the case of non-compliant outsourcing transactions.

The outsourcing prohibitions and restrictions entered into effect on April 24 (some elements of the Labor Reform will enter into effect at later dates through August 2021). Although this reform is being referred to as a Labor Reform, it also has tax and social security elements, and it even has consequences that are not immediately evident including corporate and commerce legal consequences. The Labor Reform binds all companies doing business in Mexico to review their internal structure (including for purposes of reviewing their bylaws in connection with their stated “corporate purpose” and their tax register and other registers and licenses in connection with their declared preponderant or main economic activity) and their business relationships and contracts with services suppliers and clients, including with related parties. This review shall be multidisciplinary as many elements of the Labor Reform seem to clash with other legal provisions or other law branches or may seem to confront with legal precedents and requirements or provisions in other areas.